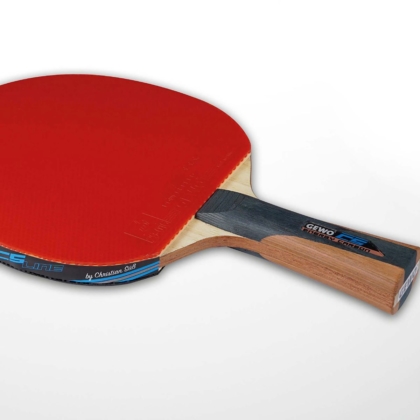 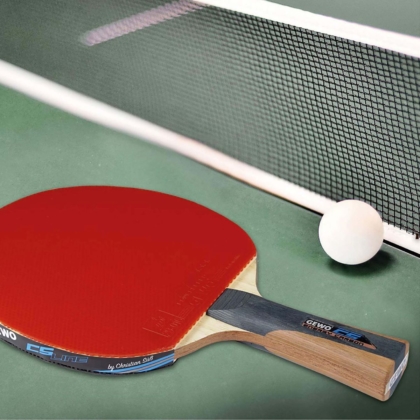 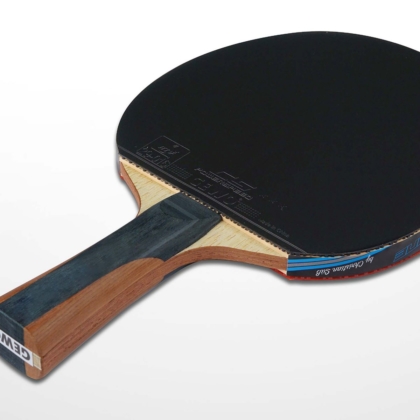 The table tennis racket of the extra class for the ambitions hobby- or club player.
Developed in cooperation with the multiple European champion and Olympic medal winner Christian S.

The brand new GEWO Powerspeed rubber is ITTF approved and stands for enormous speed, as like the name says.

Christian S says: The GEWO rubber CS ENERGY POWER is an absolute power rubber that is targeted to power and speed. The elastic and sticky rubber surface does allow fast topspins with much spin and speed. I am absolutely thrilled!
But the actual highlight of the racket is the blade. The elegant design and the specifically selected veneers with two sheets of carbon give the racket a high amount of rigidity that allows a high ball control. The SENSETISE grip module let the racket fit in the hand perfectly. Two sheets of carbon protect the racket from wetness and prevent the racket to get warped.

Stylish, functional, elastic, clean design – the Perform polo with zipper is a true all-rounder. Whether table tennis or everyday activities you just cant go wrong with this polo. Material: ...

Read more
We use cookies to ensure that we give you the best experience on our website. If you continue to use this site we will assume that you are happy with it.Ok